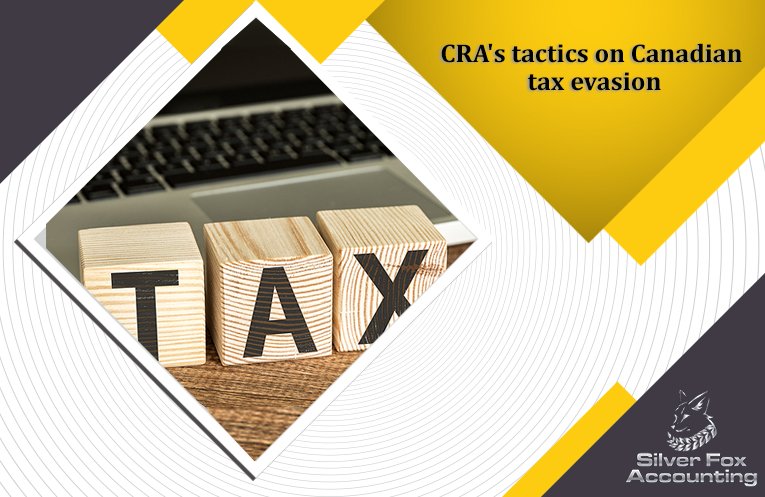 Despite the sincere efforts of the Canada Revenue Agency (CRA), the fact remains that there are still some businesses and individuals that evade taxes. By far, such elements are responsible for various problems related to tax evasion in Canada.

In line with its policies and guidelines, the CRA adopts a zero-tolerance policy for tax evasion as it does in case of tax avoidance. However, tax evasion and tax avoidance are two distinct terms. While the latter refers to the deliberate act of not paying the taxes despite being eligible for it, the former is associated with the act of overlooking the tax law which necessitates a business or an individual to pay their taxes.

Over the years, the CRA has recorded many tax problems associated with the collection of taxes. While some businesses report lesser taxes than they should while submitting their returns. Others either file wrong information about their income or take more deductions than permissible in accordance with the CRA guidelines. By virtue of these practices, the business entities report lesser income or profit than usual and make an effort to elude the prospect of paying the actual taxable amount to the Canadian Revenue Agency.

Another practice which most businesses adopt to get away with paying a fewer taxes is to conceal the purchase of an item in a different area of jurisdiction. For example, businessmen buy articles from other locations and without reporting their purchase in the tax returns, pay a minimum amount of money in the form of VAT.

With that said, the CRA has both measures and resources in place to nab those who evade taxes. The price of Canadian tax evasion can be heavy – a fine ranging from one thousand to twenty-five thousand dollars to a jail term of up to twenty four months. The Informant Lead Program is a program designed to catch the offenders of both tax evasion and tax avoidance red-handed. It is aimed at collecting the information of both known and unknown tax evaders.

When it comes to filing taxes, honesty is the best policy. Besides, getting professional help from a legal consultant can be of great help, especially when you are entangled in a legal issue. Do not delay it any further – get in touch with our experts for services such as tax audit and reassessment in North York, Ontario and other tax related services now!