Penalties Associated with the Late Filing of CRA Taxes 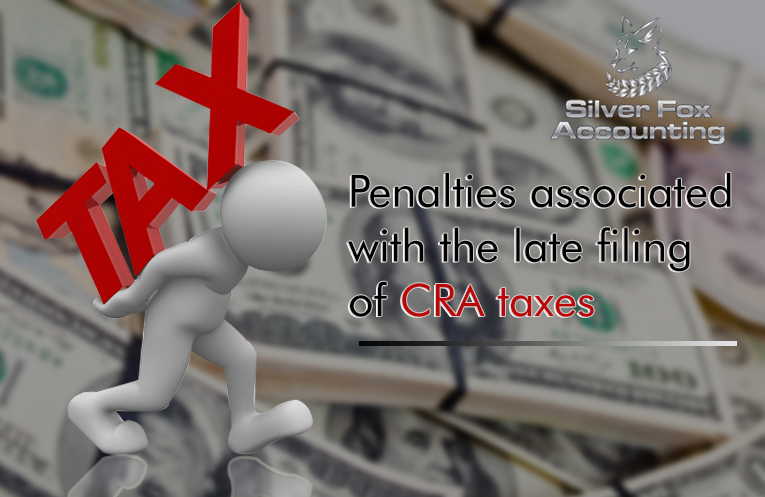 Penalties Associated with the Late Filing of CRA Taxes

The CRA does not sympathize with a defaulting taxpayer in all circumstances. Though there are certain exceptions which the tax agency takes into consideration, the CRA demands an explanation for the inability to file the tax returns or the failure to pay the tax amount within a given deadline in all the cases.

In case the reasons are genuine, the CRA gives it a thought to waiving the interest amounts or the penalty levied on a taxpayer. However, it depends upon the approval of the Taxpayer Relief Application (TRA). In case it is rejected after a thorough assessment, a taxpayer is required to pay their CRA late filing penalty.

As far as the CRA late filing penalty is concerned, it depends on whether one reports corporate taxes or personal taxes. The repeated failure to file a tax return in a timely manner can lead to a severe form of penalty as it is managed by the federal administrations.  Only Quebec residents are exempted for this kind of penalty. Normally, a person is charged with this form of penalty if they fail to pay the taxes for the current year in addition to the failure to file tax returns for three previous years.

The territorial government or the provincial government may charge as many as ten per cent of the outstanding amount, regardless of whether the pending amount belongs to the current year or a previous year.

However, the CRA can cancel the penalty linked to one’s CRA late filing if one takes the initiative to come out willingly and discloses one’s undisclosed income. In case of non-resident Canadians, the CRA will penalize them only if they fail to report their income despite being eligible for the payment of territorial or provincial taxes.

While the tax guidelines set by the CRA necessitates the bigger corporations to file their tax returns in a timely manner via T2 Corporation Income Tax Return, a failure to do so can trigger a huge penalty which may be applicable to the late returns filed up to 40 months. Also, the agency is critical about incorrect information based on false financial statements. The CRA usually deals with such cases with its stringent rules.

Are you facing tax troubles or are you worried about one? Do not worry. Our services related to CRA tax remediation and appeals in North York, Ontario can help you find out an amicable solution to the problem related to the late filing of CRA taxes. Contact us now!